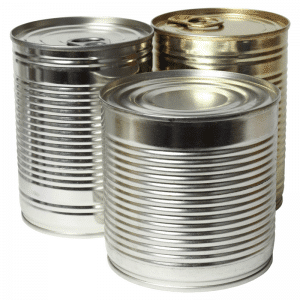 By now, you've probably heard the term, “preppers” used for those people who stockpile various items for a coming natural or man-made disaster.  Usually the term is referring to those who have large stashes of things and that have contingency plans for almost any conceivable disaster.  For some people, this is driven purely by fear & can become a very unhealthy obsession, thus giving the term “prepper” a somewhat negative connotation.  But, being prepared has never been a negative thing, and making sure that the seniors & elderly in our lives are well prepared in case of emergency is simply a caring thing to do.

In days gone by, there was not a term for prepping.  Being prepared was simply a way of life.  If you had a family & if the people in your family preferred to eat rather than to starve, you would naturally be sure that you had food canned, dried or in a spring/ice house to preserve it.  If your water system was unreliable, you made sure that you had a cistern or tank that could supply the water during the dry spells.  Many neighbors worked together on things that couldn't be done alone.  If travel/communication became difficult, word was sent with another person that would be headed in the right direction.  Today, we've become a fairly isolated society.  Many people no longer garden, therefore food storage practices have been lost, but that doesn't mean that we cannot be prepared.

As seniors move into semi-independent living situations, oftentimes emergency preparedness can be overlooked.  Downsizing takes place & with it many of the extra supplies that they were accustomed to having around the house.  There is absolutely NOTHING wrong with downsizing.  Sometimes, however, some basic tools in case of an emergency get overlooked.  FEMA recommends that, at minimum, people have a 3 day supply of water for themselves & pets in case water supplies are knocked out by a natural or man-made disaster.  If you glean nothing else from this article, be sure that your loved one has at least a 3 day supply of water that is regularly rotated so that they will not become severely dehydrated if they are unable to re-supply due to a major emergency.  Water, as you know, is even more necessary to life than food, so this should be your first priority.

A second priority would be to be sure that they have a bit of a stockpile of non-perishable food.  I'm not suggesting that you go out and buy a large stock of MRE's, especially if the person is living alone!  The best approach to this is to look at their existing cupboards to find what they already eat, then buy a few extra cans at a time to put in the cupboard.  Setting up a system for canned goods so that they can be used up & rotated according to date would be a good idea, so that none of them get overlooked. The goal is not to overwhelm the individual with tons of extra responsibility for keeping track of food supplies, but rather to be sure that they are stocked should a bad situation arise & you are unable to be there to help them for a few days. 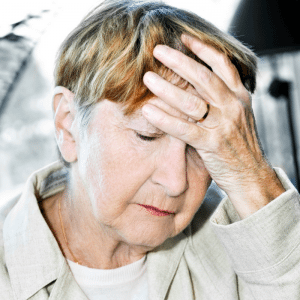 Sanitation is also in the top three priorities.  If there is no water, how will they sanitize their hands?  The easiest route to take would be to buy a large, alcohol based, waterless hand sanitizer.  A 5 gallon bucket with a lid can serve as an emergency commode, but could also be useful for storing something in the meantime so that it's not taking up unnecessary space in a small apartment.

There are many other considerations when preparing the elderly for a disaster, which I'll go into in another article.  This should be enough to get you started for the week!