The Facts About Alzheimer's & How It Affects You 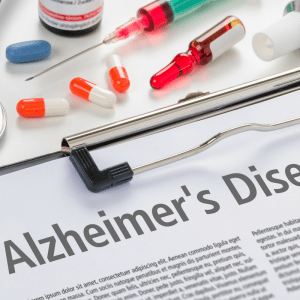 Alzheimer's is a word that strikes fear into nearly everyone we know.  It's scary because it requires such profound life-change from anyone who has it or deals with it.  It's also scary because, even to this day, even despite the research being done, there is still so much to be learned.  Unknowns in life can often cause more stress and worry than known problems.  So, how about if we start with some of the things we DO know about Alzheimer's.

According to this article from the Alzheimer's Association, “ One in nine people age 65 and older has Alzheimer's disease. By mid-century, someone in the United States will develop the disease every 33 seconds.”

That means that a significant portion of our population has the disease.  Those of us that do not currently have the disease have the potential to develop it, and even those who will not develop it are likely to, at some point, care for a loved on that does have it.  If this is the case, rather than fear for the disease and the future, we would be better off if we were able to learn more about how to deal with the disease than to fear it.  How do we recognize it? How do we communicate with those that have it?

How do you recognize Alzheimer's?  Well, only a doctor can give you a true diagnosis, but there are many articles, including some on this blog, that should help you to be able to nail down some early symptoms & what steps to take.  Once you've determined that it might be a possibility, get a doctor's care immediately so that you can begin to counteract some of the symptoms associated with the disease. 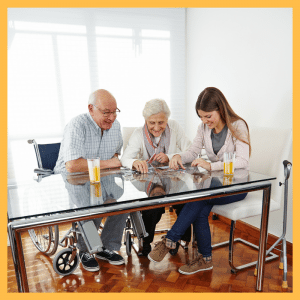 How do we communicate with those who do have it?  By remembering to care.  It's as simple as that.  It can be utterly frustrating to communicate with someone who does not remember where they are or when they are, or who you are.  During those times, take a deep breath.  Remember to speak slowly and calmly.  Remember that the feelings they are feeling are very real indeed, even if their mind has played tricks on them as to where they are.  Compassion must be at the forefront of everything that we say and do when we're interacting with them.  Is it easy?  No, by no means.  But then again, since there is a good possibility that many of us who are caring for those with Alzheimer's may also develop it at some time in our lives, let's try to remember how we would like to be treated in the same situation & practice the kindness that we would appreciate in that circumstance.  Great strides are being made in research.  It is not a hopeless situation.  Let us make the best of the years that we have with our loved ones while we have them present with us & perhaps some day Alzheimer's will be a thing of the past!