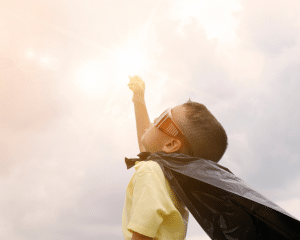 Have you spent much time pondering heroism?  What is it in your estimation that makes a hero?  There are several people throughout the ages that have been set up as heroes.  Robinhood, King Arthur, Pocahontas and Mother Teresa come to mind quickly.  Some others are people that we grew up understanding to be heroes but who, after much inquiry, were discovered to have characters that did not wholeheartedly match their heroic deeds.  Does a lifetime of great deeds erase a poor character?  Some say yes, others disagree & want the names and faces of these people obliterated from history.  History, though, should not be re-written.  Otherwise how will we know what has gone before, which things to aspire to and which to refrain from?  How will we learn through observation instead of continually banging our knuckles up learning from experience?

As we age, there are people that we aspire to be like, but they are different than the heroes which we may have looked to as younger versions of ourselves.  We no longer track the best athlete in a particular sport.  Oh, we may know who they are, but their remarkable feats are no longer on a pedestal like they once were.  We recognize their innate abilities are things they were born with and things that can be taken away in the blink of an eye with a debilitating injury.

We, hopefully, no longer chase after heroes on Wall Street and aspire to be just like them.  There is no amount of money in the world that can give a person solid character and decency of heart, even if they understand numbers and markets really well.

We no longer look at intelligence as a thing to be lauded.  Parts of intelligence are ingrained, some are bought through really great educational systems & some intelligence is bought with sweat and tears and persistence when opportunities for formal schooling are difficult to come by.

Even if we appreciate art or music, we don’t lift up the artists and musicians in the same way we once did.  We recognize that some of it is gift, some of it is training, & much of it is hard work that made them the way they are.  We also begin to recognize that any one of these people above can either be incredibly inspirational or complete jerks.  Our visions are no longer clouded with the great things that they do.  We start to see with more clarity and begin to look and discover who they are.

There are tons of athletes that are full of themselves and who treat those around them very poorly.  There are billionaires who do the same.  There are elite professors and scientists who do the same.  There are musicians and artist in the same category.  People who have “everything going for them”, who have excelled in their field, yet most people cannot stand to be around when they get to know them better.   And, there are those who are just the same after their rise to fame as they were before.  Those who stay the same are probably heroes, but it is still not because of what they’ve done, but because of who they are.

Character behind action is really the thing that makes heroes.  You cannot have action without character or else you become an empty shell lacking in compassion.  You cannot have character without action, or else other people will never experience the compassion that you do have.  You need both, in tons, and at the same time to be a true hero to someone else. 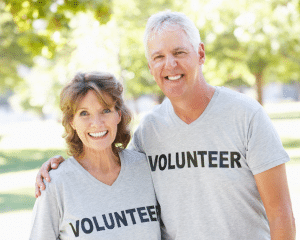 As I age I think about heroism differently.   I see single parents who get up each day to love their children more fiercely than ever because they’re doing it alone.  It would be far easier for them to stay in bed and wallow in self-pity, but they get up and do what they have to do for someone else.  I see cancer survivors who know that the little corner of earth that they contribute to will go through difficulty if they don’t show up, so they get up when they don’t feel like it and go help someone else.  I see elderly who volunteer to help those in need in various ways even though their joints and organs tell them they should be the ones cared for.  I see teenagers who volunteer to help those that can’t help themselves and offer their youth and energy because they see the need in front of them.  All of these people share something in common.  They share an outward view of compassion.  Inward views often make us think more highly of ourselves than we ought.  Outward views put the earth and ourselves into perspective.  We are not the center of everything & it’s good for us to remember that.  Other people need help.  Looking outwardly to those in need around us can transform us from an everyday bloke into a quiet and unsung hero.   And, in my humble opinion, it is far better to be an unsung hero each day than to have the attention of thousands only for them to discover an empty shell of a human being.  Be a person of substance.  Go and do something of substance.  See if you can make change in your world by being an everyday hero.