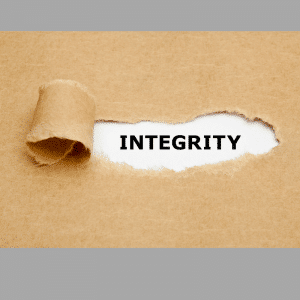 The news in recent months has been filled with stories of people living double lives.  Many of the people in these stories talk one way and live in another way.  And the crazy thing is that they don't think that it will affect any other area of their lives.  They really believe that how they behave in one area of their life or world will not spill over into other areas like their work or their public life.  Those of us who have been around the block a few times recognize the fallacy of this thinking, yet it is a fallacy that we can easily justify if we're not careful.

Now, although the major news stories describe some pretty sordid things going on in the lives of actors & politicians, I'm not asserting that everyone has issues like that that are causing problems in their lives.  I am saying though, that if we're not careful, we can justify things that seem small, at first, that have larger & longer lasting repercussions for us and those around us.

Take, for instance, a hurt caused by a life-long friend.  As we age, our friendships become more precious than they once were, simply because there are often fewer people  that have lived as long as we have and remember the days of our youth.  There may be times when they hurt us, & a temptation would be to be angry, allow bitterness & stop speaking to them out of spite.  If this is carried on for a long period of time, it affects all of life & relationships.  People feel uncomfortable around us because they can't speak freely about the person in our presence without feeling that we're upset.  A step of integrity in this situation would be to talk with the person that hurt us.  Tell them & try to work it out.  Most times when we work at it, things can be resolved.  If not, then it is not for lack of effort or care on our part & we can move on without hard feelings.

There are other times when it can seem beneficial to behave in one way in one situation and another way in another.  Over time, most of us have hopefully discovered that it's counter productive & often harmful to behave as if you're two entirely different people in different situations.  It's not only confusing to people that look up to us, but it can lead to self-loathing.  There is great relief in being who we are & saying what we think.  Saying what we think does not give us leave to be cruel, but rather to explain our beliefs in a way that is not encroaching on other people's dignity. 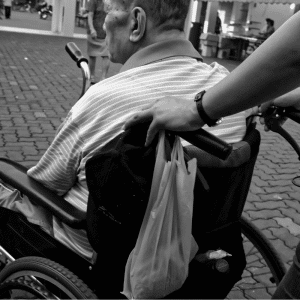 If you've spent time in nursing home facilities, you have most certainly met bitter, angry old people. It's sad & uncomfortable to be around people that are like that. But, let us strive to be those smiling, gracious old folks who know who they are & live with a lightness of heart that acknowledges their imperfection & allows them in others. Let us live with integrity even into our twilight years!