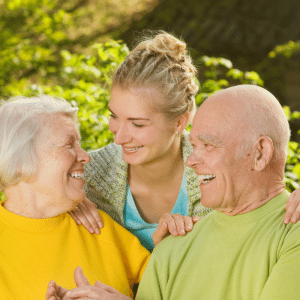 Recently I saw a small town newspaper that was advertising an “inter-generational gathering” and they were hoping to have several generations represented to encourage conversation, a sense of belonging & health in all of the groups that attended.  It struck me as a bit odd that our culture has changed so much over the years that what was once a normal part of life now has to be intentionally arranged because it is so rare.  It also caused me to start thinking of ideas that anyone could implement in their own communities to encourage the benefits that were once natural.  Of course, integrating life with several different generations daily would be optimal, but if it is not possible, I'll list some ideas below that might help anyone interested in enriching their lives through these types of gatherings.

Teach yourself to paint!  There are several of these types of studios opening all across the country, where friends can reserve a time slot to get together and learn a new technique.  Reserve an evening & advertise it specifically as inter-generational.  When people arrive, try your best to seat them next to people of a very different generation.  You may need to do a couple of ice-breakers to begin since some people have a very difficult time beginning conversations with others, especially if they don't think they'll have anything in common. 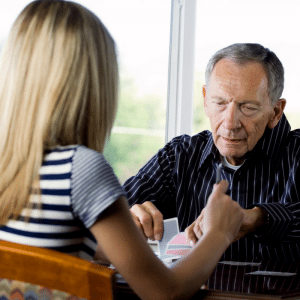 Consider your library as a meeting place.  Many libraries have community rooms that can be reserved free of charge for gatherings of this kind.  You could host an author to speak, an inter-generational writing course, or even something completely unrelated to the library that will be of interest to everyone involved.

Plan an inter-generational community gardening day.  If your community is forward-thinking enough to have a community garden, consider hosting a day that is for all generations.  Set up extra benches or chairs with umbrellas to keep the sun off older participants & have people that are specifically enlisted to go around asking about people's best tips & tricks for successful growing.  Do the best you can to make it during a harvesting part of the season so that you can send some of the elderly home with fresh produce that they may not get as often as they would like!

Set up interviews.  If you're unable to set up an entire gathering with many people involved, consider a smaller scale & more adaptable approach.  Set up interviews between the elderly & younger people for them to share their stories.  Try your best to record them or have a written record so that in the future, should you find a way to make a large gathering happen, you'll have some amazing material to work with to show the benefit of the gatherings to others.

The benefits are astounding, but some people may be shy or may need to be convinced that it is necessary.  Once people begin interacting, however, they will see how important the interactions are to all parties involved.  Our culture is, at times, so separate that it become nearly impossible to occur naturally.  Help to make them happen & just see how much life they bring!