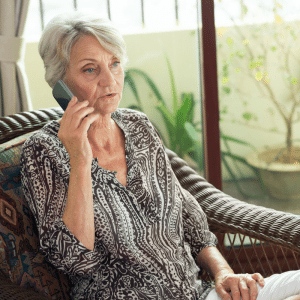 Staying in touch with family and friends that you care about has long been an issue that has  needed to be addressed.  From very early times, people have sent messages for other people along with a courier of some sort, even if it was another friend who was travelling nearby.  In Victorian times letter-writing became an artform.  People spent an extensive amount of time writing with beautiful manuscript.  There was not a question of whether one should keep in touch, but rather, how often.  These days our predicament is a little more complex.  It involves not only how often to contact someone, but also HOW.  What is the best way to reach that individual in a way that will be welcome & not disruptive.

So, with all of these ways to keep in touch, how do you decide how to contact a person so that you can maintain a good relationship with them?  Probably the best way to decide is just to talk about it with the person.  Different people prefer different things because of their time & schedule constraints.  Do not be put off if they don’t like to talk for long hours on the phone, or if they do not respond to an email or letter.  Try asking the best way to reach them, then be aware of their time constraints.  They will sense your consideration & be appreciative that you are wanting to stay in touch.

Whatever you do, do not give up.  People need to connect with others who care.  They need to connect with others of varying generations & backgrounds.  As an aging individual, this is something very important that you can contribute to our society, the ability to remain outward focused & intentionally keep in touch with those whom you care about.  We need one another more than we know!