The Benefit of a 3rd Party 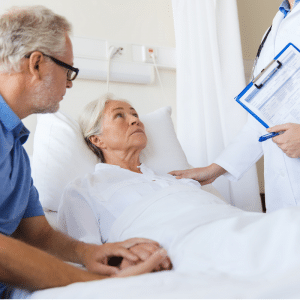 A while back, I had an encounter with an elderly individual which reminded me that sometimes a 3rd party can be extremely beneficial.  She'd called me with concerns about how she was feeling.  Because of how she'd described her symptoms to me, I immediately thought of a blood sugar issue.  Later I heard that she may have been placed on an anti-anxiety med, but that she wasn't sure about that & didn't actually have a diagnosis for what was going on in her body.  It made me want to do further research to find out exactly what was going on.

At this time point in history, we have access to loads of information.  Those who have grown up using the internet may not even remember what it was like before this was so.  In years before I can remember, doctors visited patients, instead of the other way around.  Information about disease & diet was difficult to come by, & much of it was inaccurate.  People died at alarming rates, simply because they couldn't be treated quickly enough or because they were misdiagnosed.  Yet during those times, there was a great deal of respect for doctors because the doctors were educated & because they were genuinely trying to help the individual to become healthy again.

Fast forward to today.  If a doctor even hints at the idea of a certain disease, people tend to go to websites like Wikipedia or webmd to find out more about that particular disorder or disease.  Then they talk with 20 friends via social networking to find out if anyone knows of anyone else with that particular problem & how they treated it & what the results were.  They familiarize themselves with the different medications that might be prescribed & their side-effects.  They familiarize themselves with any natural treatments that might be helpful & possible interactions with prescribed medications.  At the end of a week, they probably have more information than is good for them!

With elderly friends it can sometimes be frustrating that they go to the doctor without asking many questions.  If the answers they receive are not to their satisfaction, they don't seek understanding, but rather decide that it must just be too complicated for them to understand.  They are used to not having all of the information.  They are also used to (sometimes blindly) taking whichever method of treatment is suggested, even if they knew what the medication or treatment was for, they might not go that route.  This is where a 3rd party can be of huge benefit, both to the doctor & to the patient. 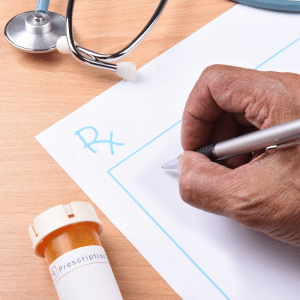 If there is a person who is there who is even a little more familiar with medical terms & very familiar with the patient in question, that person can be a lifeline for both parties.  Doctors do have very pressing obligations.  There are many people who need their help & there are never enough hours in the day for them to spend as much time as they would like with a patient.  Especially in small towns where there is limited staff to begin with, the pressures may be such that they only have time for a quick visit.  If the patient is unable to articulate clearly what is going on, a doctor may be forced to make a suggestion without having all of the information.  A 3rd party could help the doctor by talking with the individual ahead of time about symptoms.  Sometimes things like that take extended time because it's difficult to remember everything.  They can write things down that may be related at the appointment so that nothing is missed.  In the example given above, they could narrow down the “nervous feelings” as whether they are worried about something or whether they drink a lot of coffee & caffeine might be affecting them or whether they're not getting enough protein in the diet & their blood sugar may be plummeting.  All of those things could then be mentioned to the doctor instead of the elderly individual simply saying “I'm feeling nervous all of the time.”  Nervousness in the elderly is a common complaint, & if you do not have all the information associated with it, could easily be misdiagnosed simply for lack of time to delve into the subject with them.

For the patient, a 3rd party can be beneficial for multiple reasons, as well.  Another set of ears in the room is never a bad thing when the doctor starts naming off several treatment options or names of medications.  Another person to talk with about what the doctor said afterwards is also beneficial.  The better that the patient understands what is going on, the better chance that things will be diagnosed & treated correctly.  If the 3rd party knows the individual well enough, they can often tell when they are not comfortable with something or if they are not understanding things that are told to them.  The individual will feel more comfortable admitting this to the 3rd party than to the doctor, in most cases, because they have grown up without exposure to medical jargon or the capabilities of multiple sources of alternate information.

The elderly among us are fully capable of knowing their mind about a certain ailment & what they would like to do about it, but they may need translation for specific terms & diagnoses.  They also may need to be encouraged to speak up about the things they're confused or concerned about.  Medicine has changed greatly in their lifetimes & so have doctors and the way that they diagnose.  We owe it to the generation that goes before us to help them navigate all of these changes to be able to find the help that they need with the things that ail them.  It will improve their lives if they are diagnosed correctly & we might just learn a lot from them along the way!